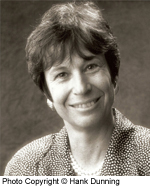 Ilona Copen (1940-2010), Founder and Executive Director Emerita of New York International Ballet Competition (NYIBC), was the U.S. Representative and President of the International Dance Committee of the International Theatre Institute. In this capacity, she created an extraordinary annual celebration of International Dance Day at UNESCO. Ms. Copen was a founding member of World Dance Alliance (WDA) and served on its board throughout her life. She was Director of Dance at the 92nd Street Y, President of Dance Magazine Foundation, President of the U.S. Chapter of the Conseil International de la Danse, and Chairperson of the International Relations Committee of WDA Americas. While attending Juilliard, she received a B. de Rothschild scholarship for her training at the Martha Graham School of Contemporary Dance. As a dancer, Ms. Copen performed with numerous modern dance companies and taught extensively throughout the United States and Europe. She acted as director, stage manager, production manager, and rehearsal mistress. Ms. Copen served as an invaluable Board member and advisor to numerous dance companies and as a jury member of international ballet and choreographic competitions. During her lifetime, Ilona Copen worked tirelessly to unite dancers throughout the world and to encourage and educate young dancers. She was deeply committed to inspiring and changing their lives. A wise and experienced leader, she combined professional excellence with her warmth and generosity. Her hope was always that NYIBC participants would go home not only better dancers but also better people. Giving was at the core of everything she did. Ms. Copen radiated the vitality of a dancer. She always reminded us, with boundless energy and zeal, that dance is a natural and essential form of expression to be practiced and enjoyed by everyone. 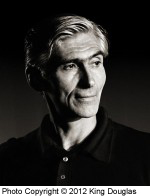 Igor Youskevitch (1912-1994), First Artistic Director of New York International Ballet Competition (1983-1994), is remembered for his 60-year career as a world-renowned ballet performer and teacher. He has been universally recognized and acclaimed for his monumental contribution to classical dance and to the creation of a dance audience in the United States. Mr. Youskevitch started his performing career in 1934 with Les Ballets de Paris. In 1937, he joined the Ballet Russe de Monte Carlo under the direction of Léonide Massine. He became one of the great premier danseurs of the Ballet Russe and subsequently of American Ballet Theatre. Mr. Youskevitch was a cherished partner of such legendary ballerinas as Alicia Markova, Mia Slavenska, Tamara Toumanova, Nathalie Krassovska and Alexandra Danilova. His legendary partnership with Alicia Alonso was one of the most celebrated partnerships in ballet history. After a brilliant international performing career, Mr. Youskevitch became a teacher, founding the Igor Youskevitch School of Ballet with his wife, Anna Scarpova, in New York City where for many years he shared his wisdom and technique with new students. During that period, he and his wife also directed their own company, Ballet Romantique. He subsequently taught at the University of Texas where a dance scholarship has been established in his honor, and where he became Professor Emeritus. Mr. Youskevitch was a recipient of many awards, including the Dance Magazine Award in 1958, and the Capezio Award in 1990. He was the author of many articles on ballet, a choreographer, master teacher, and, most important to us, he was the first Artistic Director of New York International Ballet Competition. In that capacity, he enriched the dance world by teaching and inspiring New York International Ballet Competition dancers from all over the world, passing on the secrets of his art, acquired over many years.